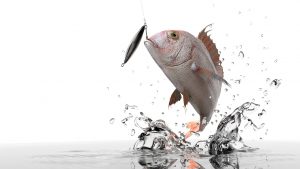 Cabo, San Lucas is one of the most exciting places in the world for fishing events, drawing seasoned anglers and neophytes alike. Experienced sportfishers can flex their fishing muscles as they compete with fellow enthusiasts, while first-time participants can learn, network, and strike friendships with other contestants who share the same passion.

Here are some major fishing tournaments in Cabo, San Lucas this year. Note that some of these may be exclusive to club members.

The Pelagic Triple Crown of Fishing Summer Slam is a well-loved annual event with four divisions: Billfish, Tuna, Dorado, and Wahoo. This year, teams can vie for awards and cash prizes amounting to over $500,000.

One of the most popular fishing events in the world, Bisbee’s East Cape Offshore is described as more laid-back and “Cabo fishing as it used to be.” The prizes, however, are still substantial, with last year’s awards exceeding a million dollars. First-timers have a chance to get free entry by joining the tournament’s Early Bird Drawing.

The Los Cabos Billfish Tournament is not only one of the biggest fishing contests in the country, it’s also one of the most well-attended worldwide. Top anglers from different continents are among the participants here. The prize pool is considerable as well, with the highest record reaching $850,000.

Locally known as “Little Bisbee’s,” the Bisbee’s Los Cabos Offshore Tournament has relatively lower entry fees and thus welcomes a wider range of anglers. But the prizes remain substantial, with payouts amounting to over a million dollars. Competitors aim to catch the heaviest qualifying billfish (black or blue marlin) and gamefish (tuna and dorado).

Of the three Bisbee’s fishing tournaments in Cabo, San Lucas, the Black and Blue marlin competition is the oldest, dating back to 1981. It’s also dubbed the “World’s Richest Tournament” because the yearly purse exceeds millions of dollars, with the record as high as over $4 million. With higher entry fees and more hardcore competition, this tournament attracts serious anglers and enthusiasts from all over the world.

At the Cabo Tuna Jackpot Tournament, teams participate in competitive but fun angling for gamefish, specifically tuna, dorado, and wahoo. The entry fee is reasonable, so there’s typically lots of competition from both veteran anglers and greenhorns. There is also a hefty purse at stake, exceeding one million dollars every year.

Cabo San Lucas is a top destination if you want to hone your fishing skills or if you just want to witness an exciting fishing tourney with a welcoming, friendly vibe.

Book your trip with Come To Cabo Villa Rentals, the trusted company for vacationers planning the ideal luxury vacation. Call 1.800.975.5569 to learn more!